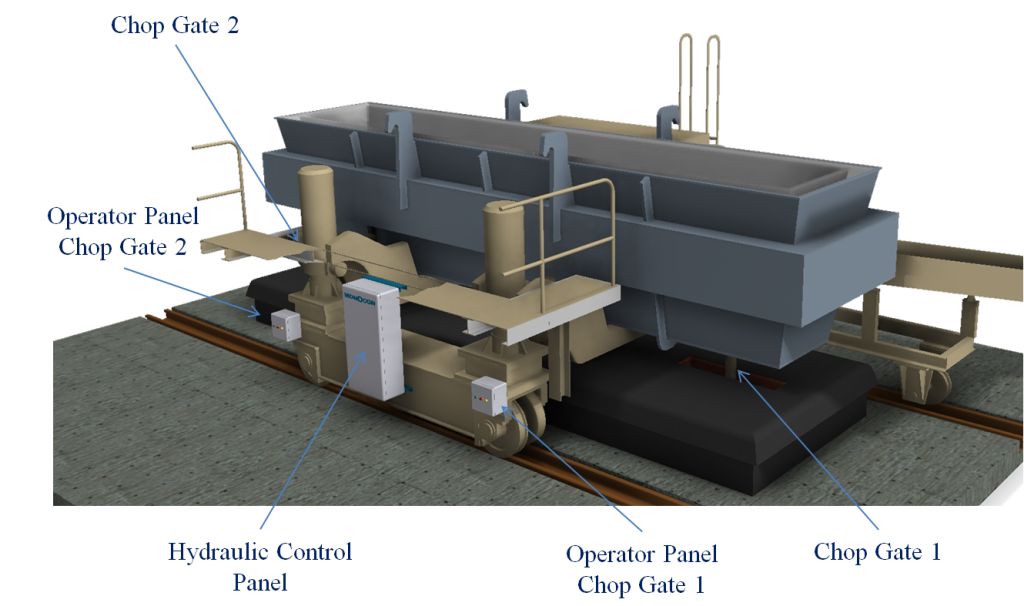 Typically two chop gates are supplied for each tundish car, as shown in the 3D model to the right and each Monocon chop gate system comprises of;

In operation, the chop gate system helps to improve tundish operational safety, in a similar manner to an emergency stop buttom on a lathe in a conventional engineering works.. 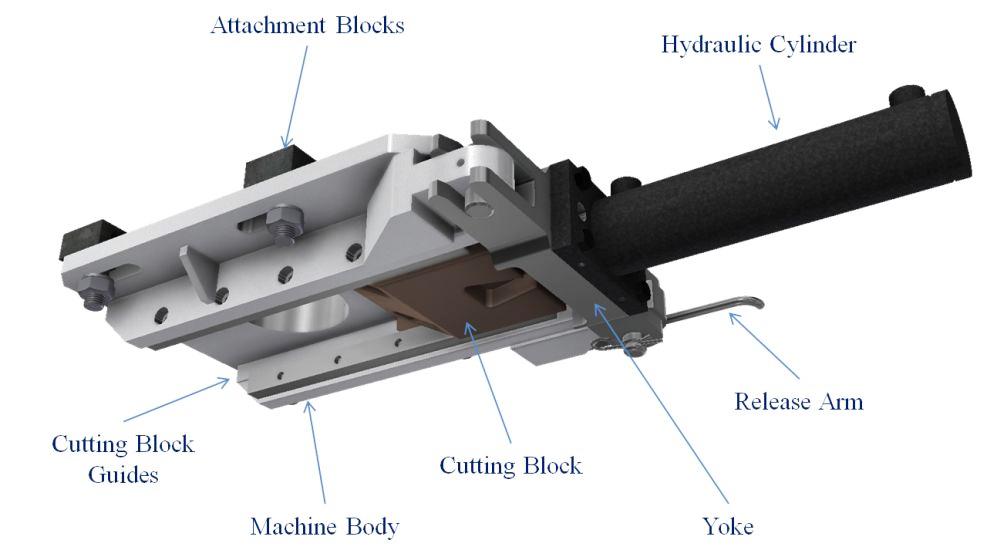 The Monocon chop gate complete assembly is shown to the right and is offered with the following standard design features;